10 most breathtaking places to visit in Greece

Greece is a land that encompasses over a thousand islands. It stretches from the south Aegean Sea to the middle of the Balkan peninsula.  These vast areas are one of the leading factors in what makes Greece one of the most popular travel destinations in the world.

Coming back to Greece, as we mentioned earlier – this is one fascinating land, for sure. The country is sun-drenched and is equally well known for its peaceful sandy beaches as it is for its jaw-dropping rich and ancient history.

It is then safe to say that a holiday to Greece is fit to quench even the most eclectic thirsts for adventure. So, keeping that in mind, we have compiled a list of the 10 most breathtaking places to visit in Greece:- 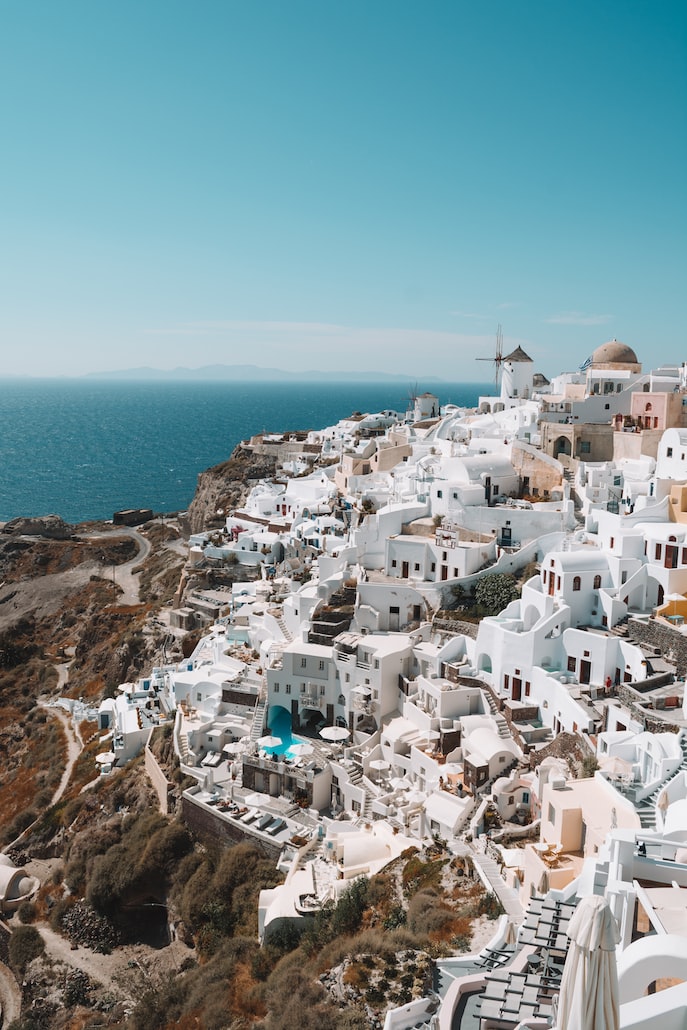 Nestled in the Aegean Sea, Santorini is one of the many Cyclades Islands. This is a land that is well known both in and out of the travel circles. So much so, that its reputation is sure to precede it. We don’t say so lightly as this is indeed one of the most gorgeous and romantic islands in the whole wide world.

Tourists can expect spectacular sunsets, traditional whitewashed homes, and jaw-dropping sights of the ocean. These are just the highlights of what makes this island as spectacular as it is.

Given all that is on offer, Santorini is one place that most definitely deserves a spot on this list of the most breathtaking places to visit in Greece. 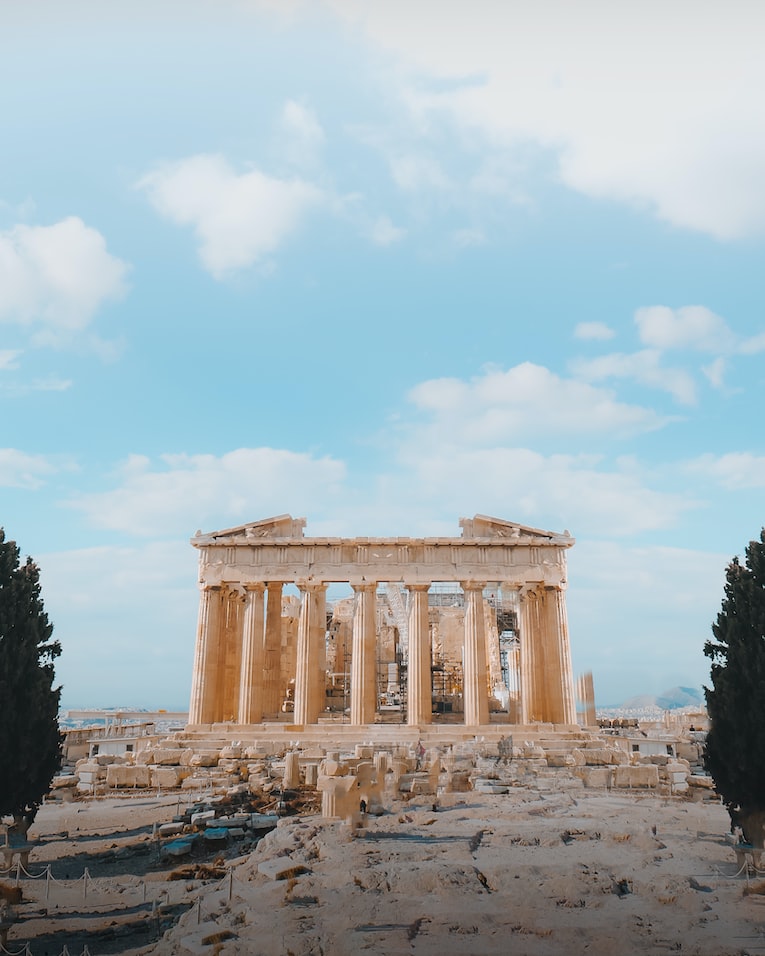 While there is no shortage of impressive historical sights to be explored in Greece, this probably takes the crown for being at the very top of the list. The Parthenon Acropolis is hands down the most important surviving building from Greece’s classical period. It is located centrally in Greece’s capital – Athens.

These are essentially the ruins of an ancient temple on the Athenian Acropolis. It was dedicated to the maiden goddess Athena. Its construction is claimed to have started in 447 BC and easily lasted over a couple of decades if not more. This beautiful ode to history is undoubtedly one of the most breathtaking places to visit in Greece. 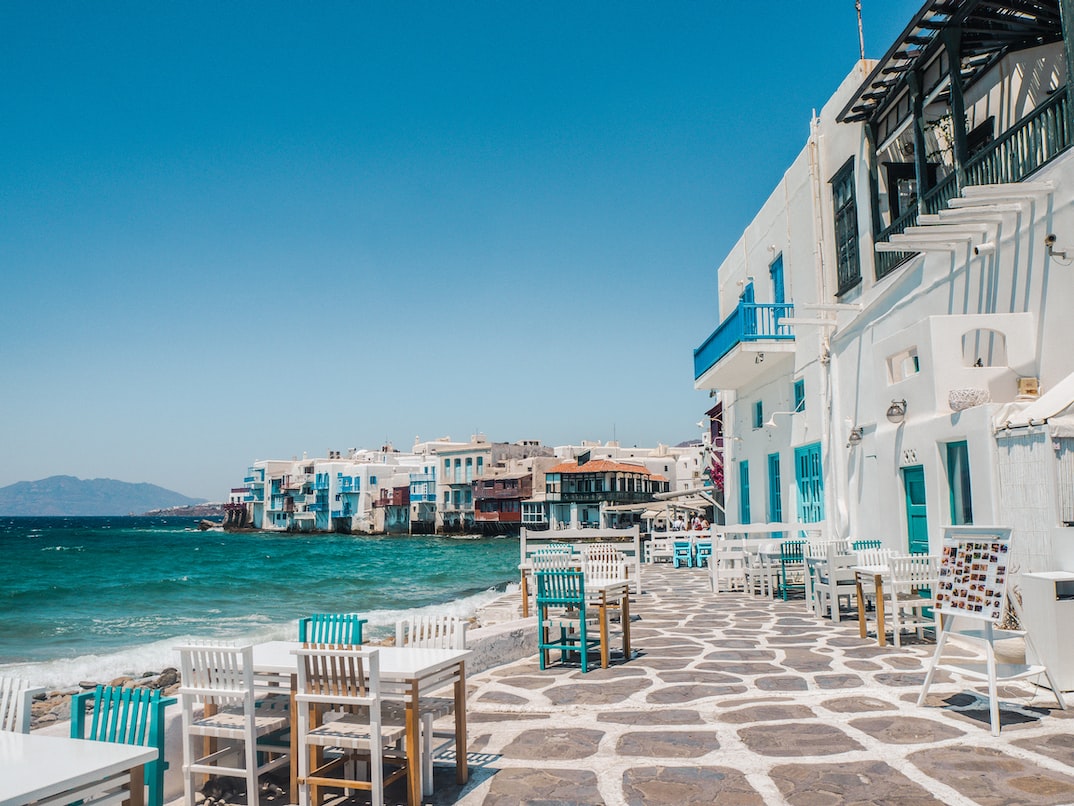 Mykonos, like Santorini, makes for one of the most beautiful islands that travelers should keep an eye out for on their trip to Greece. Like Santorini, this island belongs to the Cyclades group in the Aegean Sea.

While it is primarily well known for being a party hotspot, there is plenty of traditional and natural beauty on offer that is more than enough to keep the pickiest of travelers entertained.

The island offers a unique collection of Cycladic architecture based around a picturesque fishing village. Tourists will surely appreciate the photogenic appeal of the square whitewashed buildings that sit close to form a veritable maze of narrow alleyways and streets.

Last but definitely not least, we also recommend tourists to check out the beautiful beaches that make for the perfect backdrop to gaze upon the alluring sunsets in the evening.

Located in central Greece, this rock formation is as unusual as it is striking. It is home to a monastery that was founded way back in the 14th century and is presently enjoying the status of being a UNESCO World Heritage Site.

The complex comprises a total of 6 monasteries and is perched precariously over 1300 feet high pinnacles of sandstone. Given the difficulty of the journey ( both during ascent and descent ), it easily makes for one of the best places to discover in Greece. This awe-inspiring site easily makes for one of the most breathtaking places to visit in Greece.

While Zakynthos bears a Venetian name, it was mentioned both in the Odyssey and Illiad by Homer. This gift of the Ionian Sea is a greek gem of a place and is well known globally for several pressing reasons.

For starters, one can find intense adventures on offer here in addition to its golden beaches and crystal clear blue waters.

There is plenty to see and enjoy here, from – Shipwreck beach in Navagio to Porto Zoro, Kalamaki, and so on.

Don’t forget to visit the old monasteries in the picturesque mountainous villages that are seen in the countryside. Given the diverse range of attractions on offer, Zakynthos easily makes for one of the most breathtaking places to visit in Greece.

Kefalonia Island is a location that is perhaps best known through the novel Captain Corelli’s Mandolin. This popular Greek holiday island makes for one of the most picturesque spots to discover in Greece. While there has been developed here through the years, it still retains a fair bit of its Greek way of life.

We highly recommend that you visit the Myrtos beach located on the island. The sheer contrast of the blue of the water and the white sands make for an exhilarating view.

Especially so when the landscape is viewed from a steep mountain or a cliff. It is surely one of the most breathtaking places to visit in Greece. 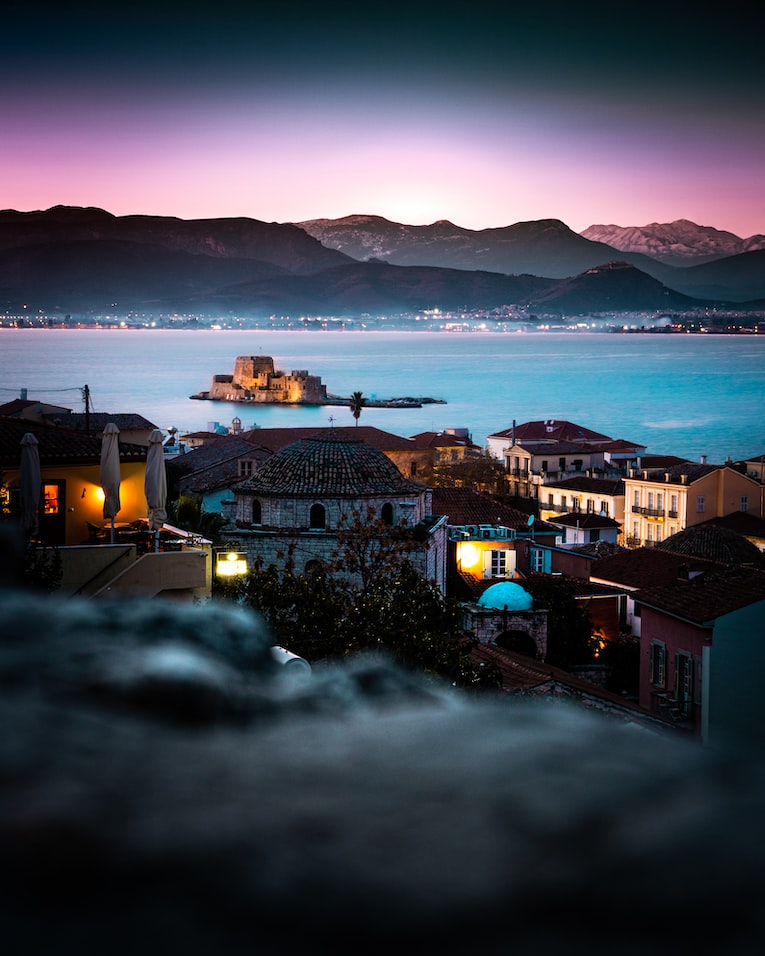 Nafplio is a romantic Greek seaport town. It has quite a lot of historical significance as it served as the capital of Greece between the periods 1821 and 1834. History books attribute its discovery to Poseidon’s son Nafplion.

It has since then taken conquerors ranging from Romans, Byzantines, and Venetians to Ottomans. Each of these rulers has left behind a few of their traditions, architecture, culture, cuisine, and so on.

Travelers will surely be awestruck by the diverse medieval castles, ancient structures, neoclassical and Venetian bridges, and so on.

We highly recommend you check out attractions like Syntagma Square and Palamidi Castle on your visit here. Nafplio has a rich and diverse history on offer, and this is the primary reason why it is one of the most breathtaking places to visit in Greece.

For a vast majority of the people out there, this is hands down one of the most spectacular Greek attractions. This fact can be backed up by the statistic that this attraction receives more than half a million people annually. The Samaria Gorge is a National Park located in Greece on the unspoiled land of Crete.

It is worth noting that this area makes a World Biosphere Reserve. Tourists can walk through the gorge and pass by stunning high cliffs along their way. This path leads to a small coastal village – Agia Roumeli. The sheer popularity of this attraction alone makes it one of the most breathtaking places to visit in Greece.

The largest of Dodecanese Islands – Rhodes, is as delightful as holiday destinations can get. It is home to lively resorts and has several areas of outstanding natural beauty. We can guarantee that tourists will love to discover and explore these points of interest.

We recommend you check out Lindos and St. Pauls’s Beaches. Another popular beach that should be included in one’s itinerary is Agathi Beach.

History lovers can rejoice as there is something in store for them too! History buffs can check out the ancient ruins and the remnants of the occupation by the knights of St John during their crusade.

Located close to Sparti, Mystras is a mountainous village. It is famous in particular for its archaeological site as it used to be a town of prime importance back in the Byzantine era.

The site consists of well-preserved Byzantine churches and strong Fortresses. It is definitely a popular place to explore Greece and is sure to impress even the most discerning visitors.

We hope our list of the 10 most breathtaking places to visit in Greece helps you plan your travels better. If you are looking for the best and most affordable travel packages then look no further than Pickyourtrail.

If you are looking for Greece honeymoon packages then look no further than Pickyourtrail. We offer you the best and most affordable travel packages to destinations all around the world. We wish you happy travels! 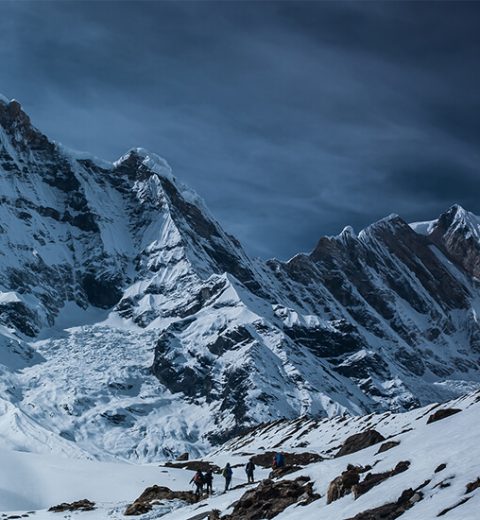 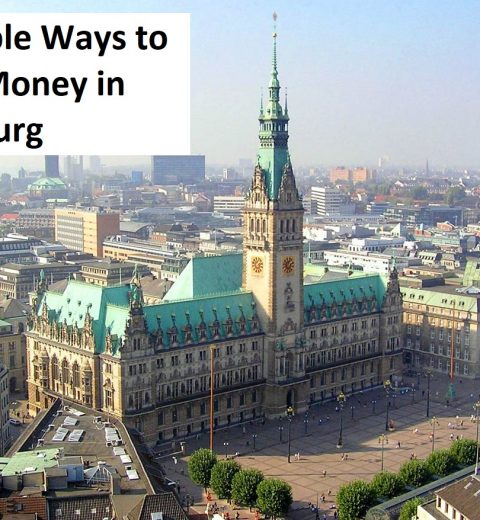 5 simple ways to save money in hamburg germany