African Safari Animals and Where to Find Them

Visit the best of safari destinations in Africa that is known for their exotic flora and fauna, some of which are endemic to the continent and not found anywhere else. They are spread far and wide across the continent. As such, if you are planning your safari trip based on the animals that you want to see, then here is a quick summary of the top 5 African safari animals and the best places to see them.

The experience of seeing an African elephant in the wild for the first time is magical. The largest animal on the planet, elephants draw the attention of visitors with their overwhelming size and the tangible aura of wisdom they carry. Found in a large variety of sub-Saharan habitats including forests, savanna, and deserts; elephants are a herbivorous animal that consumes up to 273 kgs of vegetation daily.

Being the tallest animal on the planet, you would think that giraffes are easily spotted in the wild during a safari. But, on the contrary, the brown and white markings on the giraffe’s skin provide exceptional camouflage. So, it is not unusual to see a giraffe just walk out of the bush that is only a few feet away.

An iconic African animal, there are nine subspecies of giraffes that can be found in the area across sub-Saharan Africa. These subspecies have blue tongues, outrageously long necks, and a stubby horn-like protrusion on their heads. You can spot the Masai giraffes in Serengeti or visit the Murchinson Falls National Park in Uganda to catch a glimpse of the endangered Rothschild’s giraffe.

The African leopard is an elusive subspecies of leopard found only in sub-Saharan Africa. One of the most difficult animals to spot during a safari, despite their wide range, leopards are both nocturnal and extremely cautious around humans. They usually use trees as a ground for observation and are spotted on tree branches quite often during the day.

Leopards are solitary animals but have amazing and exceptional predatory skills. They can drag a prey that is three times their body weight up and into the trees. Leopards can also climb, swim, and have amazing speed. Leopards, however, are under the red list at the International Union for Conservation of Nature and are classified to be vulnerable. You can spot leopards in the Sabi Sands Game Reserve in South Africa and the South Luangwa National Park in Zambia.

The shape of the bottom lip is the easiest way to differentiate between the two species of rhinos. A white rhino has wide and square lips, whereas the black rhinos have a pointed bottom lip. The name ‘white’ rhino is derived from the mistranslation of the Dutch word for ‘wide’. The survival of both species is at the risk due to the threat of widespread poaching.

White rhinos prefer the grassland & savanna habitat and belong to one of the only five extant rhino species today. An adult male rhino can weigh up to 2300 kgs and are amongst the heaviest land mammals in the world. To see white rhinos, you can visit the Hluhluwe-Imfolozi Park and the Kruger National Park in South Africa.

The Nile crocodiles are the world’s second-largest living reptile; the first being the saltwater crocodile. The Nile crocodile is known to grow more than 20 feet in length. Found in the sub-Saharan range and the aquatic habitats like deltas, rivers, and lakes. They are camouflaged in the water and are spotted on the river banks as they enjoy the sun.

The Nile crocodiles have exceptionally strong jaws, heavily armored skin, and a prehistoric look. They are the perfect predators and use the tactic of the ambush that leaves their prey unaware of the attack. You can spot the Nile crocodiles in action in the Mara river during the annual Wildebeest migration.

To know more about other African safari animals, check out this infographic. 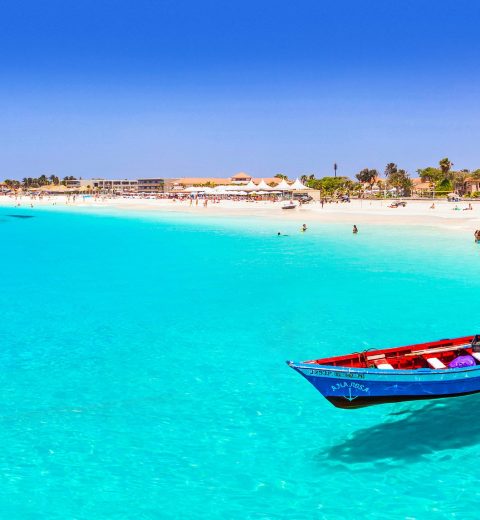 Top Unique Things to Do in Cape Verde 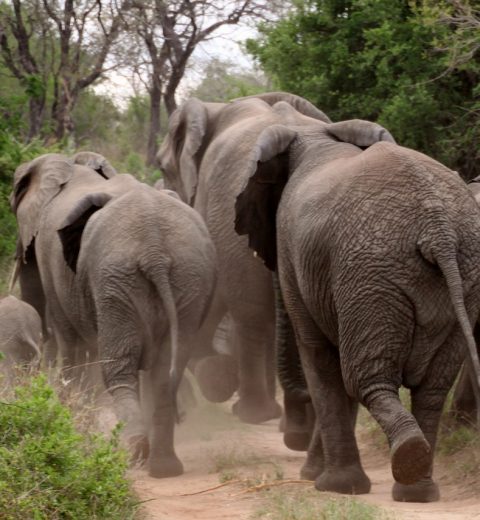 Where to see the big 5 in south africa