Top 10 things to do in antwerp belgium 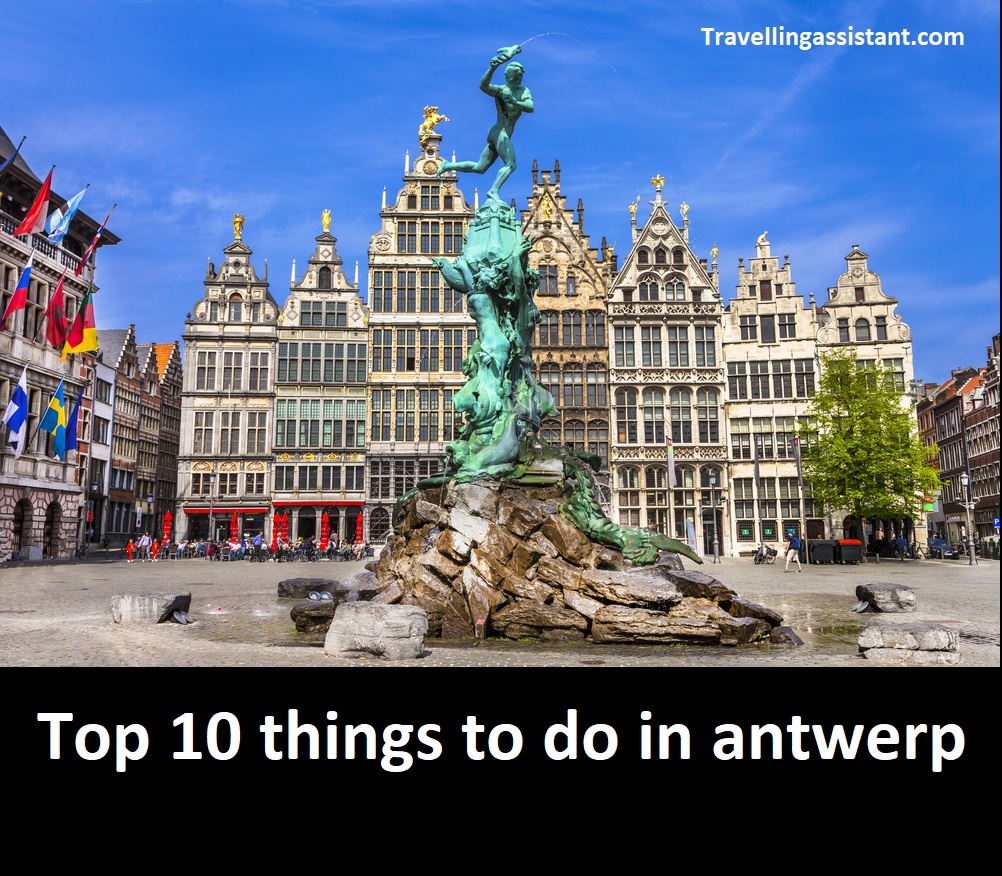 If you’re visiting Antwerp, there is much to see and do. To help you make choices about what to do, we found you ten things to do in Antwerp for (less than) ten euros!

Check out the comic walls of Antwerp

It started as a fun project but has grown to a city walk along eleven comic walls. Eleven Belgian comic artists made comic prints at the size of houses in the city center. You can admire them when you walk the comic tour. The walk is outside and free.

Visit the castle by the river

‘Het Steen’ is the oldest building in the city of Antwerp. It used to be an important trading place, a court and it was even used as a church. Now it is one of the free touristic hotspots of the city. You can watch over the river The Schelde from the castle and you can see how it looks inside.

This is the main cathedral of the Bisdom Antwerp. It is the highest church tower of the Netherlands and Belgium together. You can climb the tower only accompanied by a guide. The costs are 9 euros but you have a beautiful view. During the climb, you learn about the interesting story of the church!

De Koninck brewery is one of the most popular breweries in Belgium. It exists since 1833 and produces the famous ‘Bolleke Beer‘. Besides that, they have a couple of special beers but they also produce Vedette, La Chouffe, Maredsous, and Liefmans among others. So if you like beer and you’re over 18, this is a really cool thing to do for exactly 10 euros!

Take the tram in Antwerp

The tram is a common transportation method in Antwerp, but it is still fun to take one to see more of the city. A ticket is under 2€ and you can just sit down and see the city!

From the 7th of May 2018, a new museum called DIVA will open. The new star in Antwerp and her butler Jérome will take you through the story of diamonds in Antwerp. Furthermore, you can admire beautiful diamonds, jewelry, and goldsmithing.

If you’re looking for peace and if you like to enjoy a quiet area, you should visit the Begijnhof. It is a quiet and hidden spot near the University in the city center. There is a pretty garden an orchard and a pond. Besides that, there are small houses and a little church.

The MoMu has annually two exhibitions. These can be a theme or a designer. The museum has a permanent collection, but a couple of times a year they hire an external exhibition. There is a diversity of old fashion and the newest trends, haute couture and there is even a Porsche covered in tweed. The costs for the entrance of the museum are eight euros.

This is the house where the master of art Peter Paul Rubens lived with his family and where he made a lot of his important paintings. Master Rubens is a world-famous baroque painter who inspires art lovers and other painters.

The Rubenshouse is more than a museum because it also has been a Rubens house for a long time. It is not difficult to imagine how it was when he was still alive. The entrance price is between 6€ and 8€.

The Central Station of Antwerp

The central station of Antwerp was opened in 1905. Antwerp was for a long time the end of the line, but since 2007 there is a tunnel under the station which makes it possible to travel further. This central station is one of the most beautiful train stations in the world. The building is a monument itself and worth a visit!