Historical places near delhi within 100 kms

Eight Historical Spots You Can Explore In Delhi

History is the most important part of Delhi. As the capital city of India, Delhi has a long history to tell. The history of this city spans decades. That means there is no lack of places to see and sites to explore. As one of the most historically significant places in the whole country, it should be no surprise that Canada to Delhi flight route is one of the most popular. Given the popularity of this route, booking my flight to New Delhi can be a bit expensive if you are not careful. However, once your flight lands and you see the wonders of this fantastic city, every penny you spend on your flights to New Delhi will prove to be worth it. But, before you reach, you need to prepare an itinerary and decide on places that you would like to visit. So, here is a list of all the places that you must never miss out on when you visit the capital city.

Located in the Southwest area of the city, near the Qutub Minar complex, this happens to be the first city of Delhi. This city was built around the 12th century under the orders of Prithvi Raj Chauhan. He defeated the Tomars’ rights before giving out orders to construct this city. Although the city is in ruins now, there is still much to see and explore here. Formerly known as Rai Pithora, this place is now a great tourist attraction under the name Ladho Sarai.

The name Hauz Khas comes from the Royal Water Tanker here. This tanker was constructed by Allauddin Khilji, and this place was known as Siri at the time. Today, Hauz Khas is one of the most happening and affluent neighborhoods in the city. This place is known for its hip cafes and bars. Hauz Khas is a popular stomping ground for the young population of the city. This place also holds much attraction for history buffs as there are several spots to be explored in Hauz Khas.

Located in South Delhi, Tughlaqabad was once the third city out of the seven cities of Delhi. Founded by Ghiasuddin Tughlaq in the year 1320, this is a must-visit historical spot in the city. The ruins of the Tughlaqabad fort have much that you can see. This place is a treat for those interested in the history of the city. As this place became a part of Delhi when Ghiasuddin Tughlaq took over the city, there is much to be learned about this interesting place.

Jahanpanah was a city founded by the son of Ghiasuddin Tughlaq, who ruled the Delhi Sultanate. This place was built when he was forced to shift back due to a scarcity of water in Aurangabad. Although Jahanpanah was never considered a part of the Delhi Sultanate, this is still a very important historical spot to explore. This place was built quite close to the former residence of the ruler, Tughlaqabad. Today this place lies in the Malviya Nagar area and is easily accessible to all those who are looking to go back in time and relive an important part of Delhi’s history.

Located in the Hauz Khas area, Kharera Village is still one of the most historically relevant places in the city. This place has several historical monuments that were once extremely significant to the city. Even today, these monuments stand tall as a reminder of the golden past of the city. Some of the monuments you need to explore when you visit include, Chor Minar, Dadi Ka Gumbad, Sakri Gumti, Biran Ka Gumbad, and Neeli Masjid. These structures still hold some significance in today’s world and are worth a visit for all those exploring the city.

Located in North Delhi, the Delhi Ridge is a famous area in the city. Mainly known for the Delhi University North Campus and the haunted Ridge Road, this area is a minefield for those looking to find some hidden gems in the city. The Ashokan Pillar, Flagstaff Tower, Hindu Rao Baoli, Chauburji, and Pir Ghaib are a few of the places that you can see here. All the places here are quite old and hold some historical significance. Exploring this area on your visit is something you must do.

Chota Qutub Minar is located in the Western part of the city, and it is one of the hidden gems of the city. This place has seen much neglect over the years, but it is still one of the best spots to explore in the city. This structure is thought to be a hunting lodge that was once used by Shahjahan. This structure is 17-metres tall and has 12 faces. The top part of the tower is broken, and this area does not have any other tourist spots to visit other than this, but it is a great place nonetheless.

Located in the heart of the city, Agrasen Ki Baoli is another great spot to explore when you visit Delhi. It is located in Connaught Place and consists of three levels with 103 steps. The building is said to have been built by Maharaja Agrasen. Apart from being a historically significant location, this place is also known for being haunted. If you are looking for some cheap thrills, then this is another great place that you can explore. This location is also extremely Instagram-worthy, and you will be able to click some amazing shots when you visit. 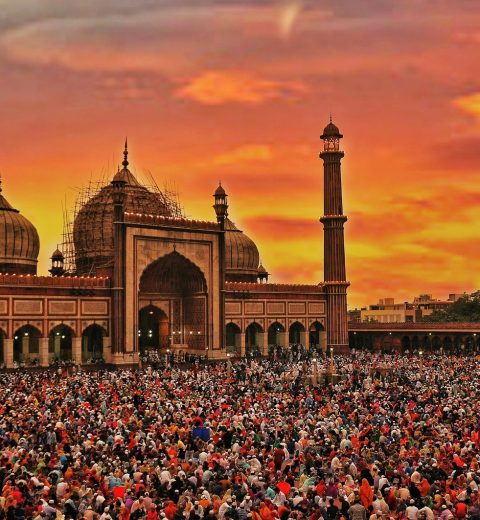 8 Places to hangout in delhi during lockdown 2021

The 16 Best Things to Do in Santiago Chile