Jyotirlingas, the holy sites where Lord Shiva appeared in the form of a radiant column of light, are among the most popular pilgrimage destinations in India. One of the Trimurthis, Lord Shiva is revered as the destroyer of evil. Jyotirlingam, a combination of two Sanskrit words – Jyothi (light) and lingam (an abstract representation of Mahadev) – symbolizes the infinite nature of Lord Shiva. Book your flight tickets to India and embark on a spiritual journey to the Jyotirlingas.

The Shiva Puranam mentions 64 Jyotirlingas, and 12 of them are considered the most auspicious, called the Maha Jyotirlingas.

Here’s a quick guide to the 12 Jyotirlingas in India.

Somnath Jyotirling is enshrined near Veraval in Gujarat. Somnath Temple, the first of the 12 Jyotirlingas, is considered the holiest of them all. The original Somnath Temple was believed to be constructed in gold by Chandra Deva (the Moon God).

Situated on the banks of the sacred Ganga River in Banaras (Varanasi), Kashi Vishwanath Temple is a revered pilgrimage destination in India. It wouldn’t be an exaggeration to say that every Hindu wishes to visit Kashi at least once in their lifetime. It is believed that people who die here would be liberated of all mortal ties.

Situated atop Sree Shaila Mountain on the banks of the Krishna River, Srisailam is both a Jyotirlinga site and a Shakti Peetha. Mallikarjuna (Lord Shiva) and Bhramaramba (Devi Parvathi) are the presiding deities of this temple. The temple features beautiful Dravidian architecture and several sculptures.

Mahakaleshwar Jyotirlinga Temple is settled in the dense Mahakaleshwar forest in Ujjain. One of the seven Mukti Sthals (the holy places where one can attain liberation), the temple has a great spiritual significance. Lord Shiva is worshiped as Mahakaal (someone who is beyond the limits of time) here.

Surrounded by lush Sahyadri Ranges, the Bhimashankar Temple is a haven for peace seekers. It was built in the Nagara style of architecture during the 13th century. The carvings on its outer walls depict scenes from various mythological texts, including Ramayana and Mahabharata. Thousands of devotees flock to this Jyotirlinga in India to witness the grand Mahashivaratri celebrations.

Rameshwaram is a popular pilgrimage destination in South India. A part of the Char Dham Yatra, Ramanathaswamy Temple is known for its elaborate Dravidian architecture and features long decorated corridors, sculpted pillars, and 36 theerthams. According to the legend, Lord Rama created this Shiva Ling and offered his prayers to Lord Shiva following his victory over Ravana.

Nestled at an altitude of 1200 feet against the backdrop of the snow-clad Kedarnath Mountains, the Kedarnath Temple is open for only six months a year (owing to the extreme weather conditions during the winter season).

Trimbakeshwar Jyotirlinga Temple is located near the foothill of the Brahmagiri mountain, where the Godavari River originates. Built from pure basalt rock, the temple is adorned with beautiful sculptures of various Gods and Goddesses. The Trimbakeshwar Jyotirlinga has a unique shape with three pillars representing the Trimurti (Trinity) – Brahma, Vishnu, and Shiva.

One of the 12 Jyotirlingas in India, Grishneshwar Temple, was mentioned in the Shiva Purana. It was reconstructed in Shikhara style by the Maratha Queen Ahilyabai Holkar in the 18th century. There is a massive Nandi vigraham (statue) in the central court hall. Its architectural highlights include a five-tiered shikhara and a stunning sculpture of Vishnu’s Dashavatar (incarnations).

The word Omkareshwar translates to the Lord of Om Sound. Omkareshwar Jyotirlinga Temple is situated on an island called Shivapuri, on the Narmada River. Interestingly, the island on which this temple sits is naturally shaped like the holy Hindu symbol, Om. Devotees visiting this temple also visit the nearby Mamkaleshwar Temple, situated on the southern bank of the Narmada River.

Baidyanath or Vaidyanath, also called Baba Baidyanath Dham, is a vast temple complex comprising 21 temples apart from the main Baidyanath Mandir. The Jyotirlinga here is decorated with valuable gems. Baidyanath, one of the 12 Jyotirlingas in India, is also a Shakti Peeth. It sees the highest number of visitors during Shivaratri and the month of Shravana.

Located on the coast of Saurashtra, Nageshwar Jyotirlinga is considered a powerful lingam that is believed to protect devotees from all types of poisons. A significant highlight of this Jyotirlinga temple is the 25 m tall statue of Lord Shiva that lies amidst well-manicured gardens alongside the Arabian Sea. 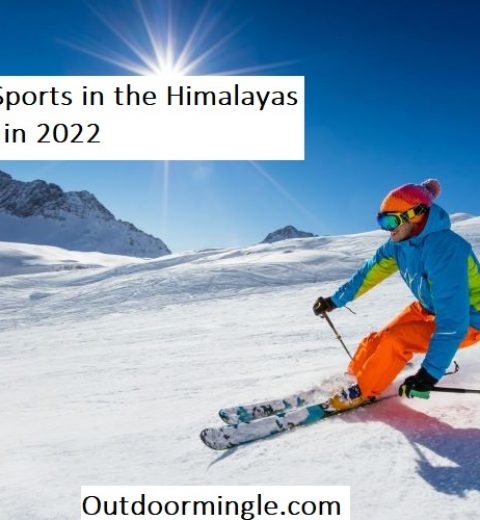 5 Adventure Sports in the Himalayas You Must Try in 2022