10 Best places to travel in june in the world

School’s out and it’s officially summer! Whether you’d like to take Dad on an unforgettable trip or the kids on a great American road trip, check out our June travel picks. Plus, stay cool on the longest day of the year at an extreme water park. *Getty Images
Skip the tie and treat dad to a rustic vacation along Snake River at Idaho’s Natural Retreats South Fork Lodge or a rock climbing adventure in Moab, UT. Or if he spends every Saturday hitting golf balls, treat him to around at one of our Father’s Day-approved golf courses.

Don’t miss riding the tallest water slide in the world, the Verruckt, at Schlitterbahn Waterpark in Kansas City, MO. Strap yourself into a 4-person raft that slides down a jaw-dropping 168-foot structure with a gut-wrenching 50-foot drop. Check out Travel’s Best Amusement & Water Parks for more amazing thrills this summer.

Often called the “Lost City of the Incas,” marvel at the remarkable ruins such as the Temple of the Condor and Sun Gate, the endpoint of the Inca Trail. Visiting Machu Picchu in June takes advantage of the dry season and avoids the heaviest crowds that arrive in July and August.

How much do you love cheese? This 200-year-old tradition has attracted people from all over the world who chase a round of Double Gloucester cheese down Cooper’s Hill. The first person to reach the finish line at the bottom of the hill wins the cheese. Nine million annual visitors road trip through Tennessee or North Carolina to see the swirly blue morning haze which gives the mountains their name. If possible, explore the park at the beginning of the month and start your days early (before 10 am) to miss the hordes of summer tourists.

The festival season starts with a bang in June as Europe, North America, and other parts of the world warm up for summer. Travelers to parts of sub-Saharan Africa, meanwhile, can take advantage of cooler, drier days to indulge in some stellar wildlife watching.

This is a great time of year for walking Turkey’s Turquoise Coast, gazing at the Milky Way from atop a dune in the Namib Desert, and fumbling your way through a fog of incense in the backstreets of Macau.

Whether you’re looking to tune into a mega music festival or just happy knocking back a rice wine or three in a traditional Bornean longhouse, Lonely Planet’s destination experts have some suggestions for your next adventure. An orangutan swings from a tree in Sarawak, Malaysian Borneo. Image by nylon fingers / CC BY-SA 2.0

Coinciding with the beginning of the dry season, June heralds Sarawak’s most important festival. Steeped in ancient indigenous traditions, Gawai Dayak sees longhouse doors flung open for several days of rice-harvest merrymaking, with visitors often invited to participate in traditional dances, or at the very least join locals in a rice wine toast or two.

While Gawai Dayak offers the best traditional ‘taste’ of Malaysian Borneo, the drop in humidity and precipitation also lends itself to exploring Sarawak’s famous green spaces, from Semenggoh Wildlife Centre where endangered orangutans – most of them orphaned – can be seen at play, to the majestic forested bluffs of Bako National Park, one of the best places to spot proboscis monkeys in the wild. Both are just a short hop from Kuching, with Borneo’s most stylish city making the perfect base for adventures. If you’re headed to Brazil for the World cup in June, spend a few days soaking up the sights and sounds of Salvador, where the vibrant pastimes of African, Portuguese, and indigenous South American cultures collide.

The nation’s third-largest city and first capital of the Portuguese New World, Salvador is a stunning blend of colorful colonial architecture, gleaming churches, and cobblestoned streets which serve as the backdrop for Candomblé ceremonies and capoeira circles, all set to the intoxicating beat of Afro-Brazilian drums.

You’ll have your choice of festivals taking place from 10 June onward, including the Festa de Santo Antonio, where young women pray to the patron saint of matrimony with hopes of finding husbands. A festive mood grips Macau in June, when feasts and fetes abound. Macau’s diverse colonial history has resulted in a heady mingling of traditions and religions, such as the Dragon Boat Festival (sport.gov.mo/zh/sites/dragonboat) (2 June), when rowing teams race elaborately decorated dragon-shaped boats across Nam Van Lake.

Macau is said to be shaped like a lotus, a fact celebrated during the Lotus Flower Festival (14-22 June), when streets and temples overflow with colorful blossoms and lotus features on many menus.

June also marks the Feast of Na Tcha (15 June). On this day, a fog of incense wafts through the streets as a statue of Na Tcha, the Taoist god of protection, is paraded with dragon dancers, beating drums, and clanging gongs. The parade undulates from the Na Tcha Temple in old Macau to the outlying islands of Taipa and Coloane. June is a fantastic time to visit Croatia’s capital Zagreb – the weather is warming up (with average highs around 25°C/77°F), pavement cafes buzz with activity, and festivals fill the streets with revelers.

Cest is D’Best (cestisdbest.com) lures street performers from around the world, turning the city into a huge circus from 5-11 June; Ljeto a Strosu (ljetonastrosu.com), held from May-Sept, transforms a leafy central street into a quirky cultural hub with an outdoor cinema, concerts and art installations.

Tickets are ludicrously cheap (just €48 for the three days, or €69 including camping), facilities are superb (think yoga classes, swimming, free wifi, and warm showers) and the location beside Lake Jarun is so close to the city center that it’s easy to dip in and out as you please. 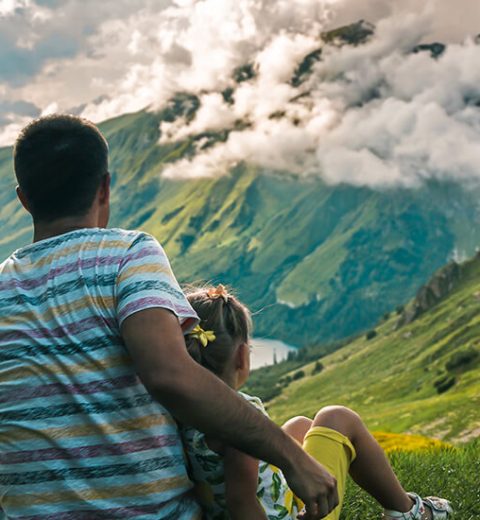